The tale of a Croatia naturist trip undertaken in September 2012 by fellow naturist Ivan.

I was really looking forward to spending September in Croatia. I’d been last year and was again anticipating enjoying the stunning scenery and coastline with that warm refreshing feel the Adriatic brings.

Landing at the Hook of Holland and overnighting near Munchen Germany, Austria beckoned and I looked forward to enjoying 4 days by Lake Keutschach before travelling on.

Following Tom Tom’s missus’ instructions proved to be exact, any errors were mine (my brother has Tom Tom himself – but he won’t have a woman telling him where to go). 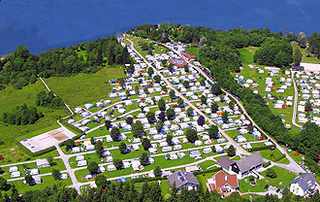 The facilities here are excellent with a shop and restaurant, but if you’re the type that wants to see English breakfasts served here; look elsewhere.

English translations don’t even appear on the menu which is very ethic Austrian.

In fact I never saw another UK van on the site until the day I left for Croatia.

The air here like the water in the lake is very refreshing and everyone is getting a fine all over tan since this site is FKK Camping Mullerhof a naturist site very well run by the Safron family.

You enjoy the freedom that outdoor activities brings; add the freedom of no clothes and really soak up true, natural wellbeing freedom.

It’s exactly the same as any other camping experience, you meet new friends who become old buddies, chatting and sharing life’s experiences enjoying the company of good people the only difference is when the climate’s right you choose not to wear clothes. 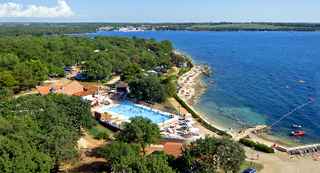 I belong to Suntreckers who are affiliated to British Naturism who had organised the rally to Croatia where 23 units gathered to meet and enjoy Solaris.

This is a very well organised Croatia naturist site with all the facilities you need including restaurants, bars supermarkets, a swimming pool all set in a very quiet pine forest location that goes down to the sea. 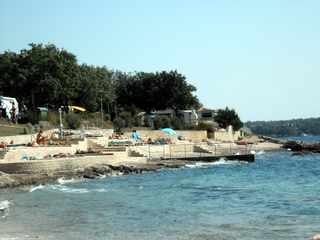 There’s usually an event organised every night if you want to participate – and they’re fun. All though initially the weather was cloudy with a very spectacular thunderstorm one night but when it’s 25 – 30 C who cares and Phoebe did her sunny duties from then on.

We enjoyed the communal barbeque, name the 50 films in the picture quiz, communal singing and Kerry’s theatrical extravaganza comprised of entirely of internationally unknown stars i.e. ourselves – but eh up, weren’t it fun chuck!

Since there was a break between the two Croatia rallies, I spent 3 nights in Kovasada – you know it’s where the cruise ships call in – but I went on to the naturist site.

This is more commercial with higher site density but more amenities and excellent restaurants plus a tremendous location with classic sunsets.

Another thing I also noted is the lack of insects except of course the one that has a substantial 3 course meal on you in the middle of the night.

Is it the numerous lizards that scurry about, but then I watched in fascination as one ate another one head first of course, the whole process taking about 40 minutes.

Then there’s the squirrels darting about the trees some of whom are red, others black which isn’t the case with the black birds that have untidy spiky feathered blue heads, ornithologists will doubtless enlighten me.

Anyhow onwards and upwards, having paid the bill – 3 nights cost half what 9 nights at Solaris did - OK allowing for Suntreckers volume discount - on Wednesday Krk island beckoned. 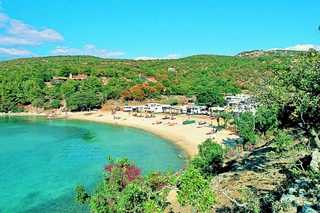 This place is something else – having a big van I came through the tunnel and paid the tolls (and backing out of the pre-paid auto-toll booth – silly me trying to beat the queues) rather than taking the more strenuous coastal route.

What views and what road engineering presuming of course you keep your eyes on the road with snap shot appreciation glances at the rest of the world – and what a world it is.

Tom Tom’s missus kept me in line with the confidence that I was on the right road; the only problem is of course you have no spatial geographic appreciation where you are which comes with reading a map but hey ho, Captain James Cook probably felt the same and he turned out to be the world’s cartographer.

FKK Konobe appeared where Mrs Tom Tom said it would be and I very steadily descending the 1km 10% incline to be greeted by my now old Suntrecker friends with a very welcome cup of tea as I set up on site.

This is much more naturism in the raw (pun intended) and is an older, more basic site with as I tried on the first night a small but excellent restaurant which in truth is a general comment in that all the restaurants I visited served good quality food with pleasant staff with at least half UK prices.

In truth if you have difficulty with walking steep slopes as my chubby little fenland raised legs do, then Konobe isn’t for you. Even trekking up the slope to the loo made me wish I’d been before I started.

….and then the lightening started very spectacularly and continued all through the night along with the rain creating a very rock ‘n roll night with the wind.

Unfortunately the weather for the next two days was cloud and rain which gave the incentive to go for a drive and explore this unusual Croatia island.

The drive to the south like everywhere you go to in this fascinating place, is full of spectacular scenery as was my trip to Baska. This was well worth while and the town has lots of shops, bistros and promenade side stalls selling all the usual tourist items.

When I’m on holiday, the first thing I do is take off my watch (and now can’t find where I left it), avoid the news and newspapers to add to the freedom Suntrecking brings.

The only downside is that I now have to take nine pills a day some of which are of course day marked to help you remember if you’ve taken them or not – kinda spoils the plot a bit.

But by now I was well into forgetting which day of the week it was although the Duchess of Cambridge’s revelations were received with a great deal of sympathy.

Anyhow beach barbeque tonight with the gang followed by Kerry whipping us into teams to play guess want’s in the bean bags – and very well done it was too with a lot of effort and organisation which was genuinely appreciated by all. 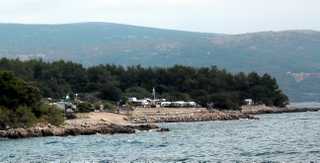 Towards the end of the rally I decided to move on to another site, this one being very close to Krk itself, Politin.

I managed to get a site down by the sea shore to enable me to enjoy the coastal views and magnificent sunsets. (my van’s just right of the flag pole).

This is also run by the same group Solaris which entitled me to an additional 10% discount. Currently it’s relatively small with c.350 pitches almost all of which were occupied and is due to major changes in 2013 including a swimming pool – the beach’s here are small but horror of horrors it’s going textile.

The permanent site owners are obviously very upset especially considering the care and devotion some put into their plots with extended framed awnings and vans under roofs – one was even growing their own tomatoes.

Apparently Solaris are stating there’s less competition here with textile sites but with c.95% occupancy at the tail end of the season I don’t see the logic.

As I was leaving my near neighbour dismantled his site which took 21/2 days with fridges, freezers, frameworks and other accumulated items. 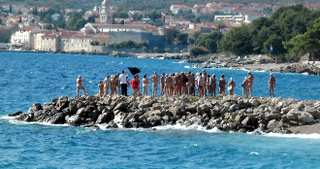 His van was I guess at least 15 years old, unregistered and finally towed away by a taxi, to where I don’t know – Konobe hopefully perhaps rather than the big caravan maker in the sky?

Indeed many of the site’s occupants arranged a protest procession (see photograph) with a funeral arranged to bury naturism at Politin at sea complete with brass band provided by the German residents; who are in the majority. 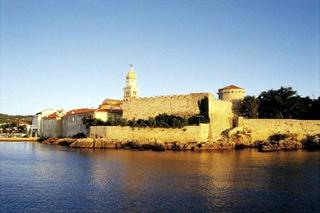 As we all know, all good things come to an end and after 6 glorious weeks I had to hitch up and drive the two days back home from Croatia.

I certainly had a most edifying experience and will do it all again, with great appreciation for the Suntreckers club and all it stands for.

My especial and sincere thanks go to those rally organisers who gave up their own time and with much effort made this Croatia break the great success it was – especially to Ann and George at Konobe, Ken our international rally organiser and for Solaris Len and Ann, Maureen and Graham and for keeping smiles on our faces James and Kelly plus Dennis and Sue for taking care of this chubby little loner.

Guess where I’m going next year - yup only this time I’ll share this gorgeous country of Croatia with someone and not just myself.